Yesterday I discovered what may end up being my secret weapon to getting through radiation with my sanity (relatively) intact:  lipstick.

I’m a big believer that for the most part, the way we present ourselves to the world, the way we ask to be seen, is pretty much how we will be seen, by other people as well as ourselves.  If I walk around in sweat pants and a sloppy ponytail and fugly flip-flops, not only are other people going to assume I’m a bit of a slob, but I’m probably not going to feel too confident in myself, either.  It’s stupid, really. I mean, sweatpants vs. a cute a-line circle skirt -- That actually changes who I am?  Of course it doesn’t.  But it’s a pretty effective mind-over-matter maneuver, and for me, anyway, it often works.

So yesterday I put on a new summer maxi-dress.  The dress is racer back, so I got to haul out my frequently ignored strapless bra, which always makes me feel fancy.  (I won’t be able to wear regular bras for more than another week or two, so I kinda wanted to shoot my wad on the strapless number!)  I spent slightly more than my normal 30 seconds on my hair, I put on makeup (including my signature color lipstick), wore my favorite sandals, and accessorized like I was being taken out on a first date.  I looked in the mirror and I saw a woman who was confident and strong and knew how to hold her head up in the world.  And I decided that I was going to be that woman, not just on the way to my appointment, but while I was there, too.  It didn’t matter that by the time anyone on my treatment team saw me I would have already changed into my hospital gown – I would still know what I wore to that appointment and what I would be wearing out of it.   I was going to hold my head up, look my fear in the eyes, and with my perfectly-colored lips, tell it to eat my dust. 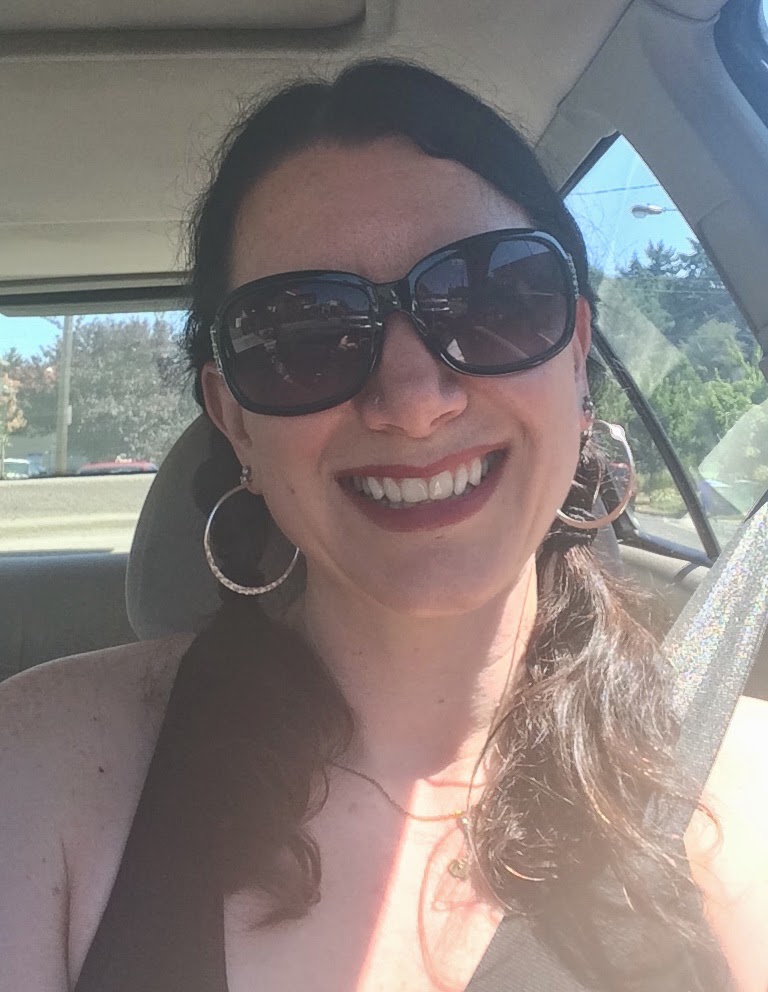 It helped, of course, that I now knew what to expect.  My first treatment was all about coming face to face with this big, fat, scary unknown.  I had done that now, so my second treatment was more about trying to settle in to the reality that every day, for the next six weeks, I would be here, in this cancer center, with this treatment team, voluntarily allowing people to strategically burn my body.  I’m pretty resigned to my choice at this point, but when I really think about what it is that’s happening under that impressive and intimidating machine, it still makes my skin crawl.  It’s completely counterintuitive, to allow harm to be done to yourself, and every logical bone in my body wants to sprint out of that room, as fast as my legs could possibly carry me.  So there’s the mental work of quieting my brain, trusting in my doctors and my treatment team, and believing that my own strength and stubbornness will see me through it.

It also helps that Sara, one of the radiation techs, loves Sex and the City.   It’s easier to put my long-term health in the hands of a woman who believes in both Sarah Jessica Parker and Manolo Blahnik, in fairly equal amounts. 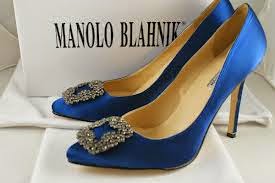 I realize this all sounds trivial and silly, like radiation is nothing more than a glorified trip to the mall on BOGO days.  But really, it’s my way of allowing myself to just be who I am through this experience, to indulge the part of me that loves shoes and ruffles and sparkly things and pretty sundresses, to hold on to those parts of me while this terrifying thing is happening to my body over which I have absolutely no control.  I don’t want my personality to change because my breast has changed. I don’t want a new default, one of gravity and fear, when my normal default is one of joyfulness and laughter.