During my 26th treatment, I had the most horrible idea: what if they’re doing it wrong!

It was my first boost treatment, so there was a bit of additional set-up to do.  I expected that, and was prepared for it.  And when I say I was prepared, I mean that I was already nervous and more than a little bit weirded out by the enormity of the contraption they were going to be pointing at my already-tender areola, a contraption through which they were going to be firing a huge dose of radiation, all of which would be absorbed by a tiny area, which can only respond with more burning and black skin and peeling and pain.  So, you know, “prepared.”

What I wasn’t prepared for was the possibility that something might be wrong.  Sara and Barb had me on the table as usual, all lined up and measured and placed just so, and then they stuck the Star Trek photon torpedo attachment thing to the radiation eye.  They added the cut-out plate designed to mimic the shape and position of my lumpectomy bed…and then the shit hit the fan. 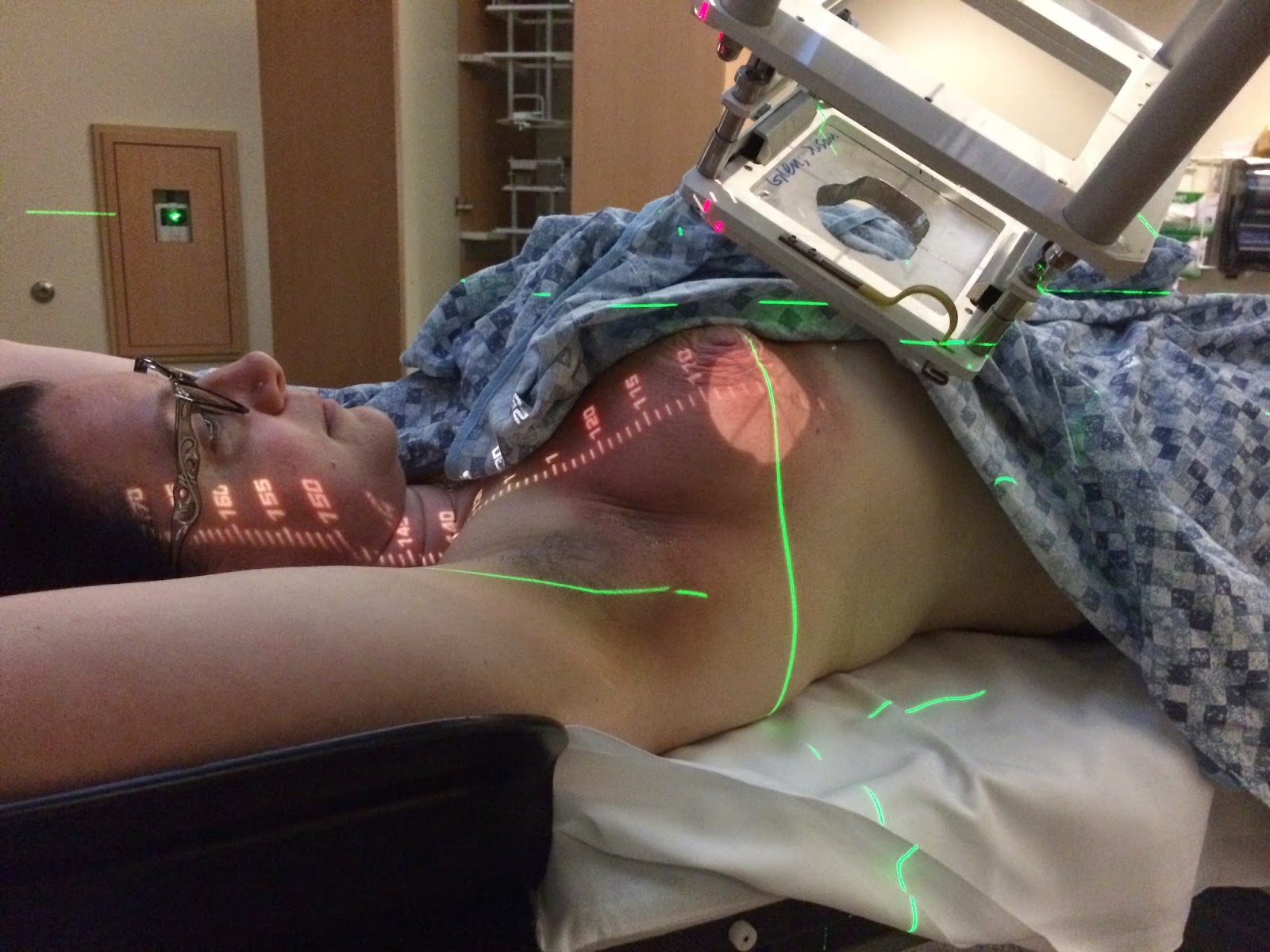 Sara was looking at the photos Carle took when she did the initial boost set-up, and some things didn’t quite match.  That’s all I could really gather from the conversation she and Barb were having, all filled with technical goobleygook that I couldn’t even begin to understand.  They were throwing around lots of numbers, checking table settings, moving the Star Trek beam…and something wasn’t right.

They called in Dr. Cha, an oncologist I hadn’t met yet but who is a partner of Alice, my main radiation oncologist, and just terribly nice.  She tried to explain what was going on, apologizing the whole time, while all three of them hovered over me, in my peripheral vision, pointing and touching and practically speaking in tongues for all the good it did my untrained ears.  Once I’m on the table and lined up correctly, I’m not allowed to move.  So I couldn’t even turn my head to make eye contact with the people touching my breast, let alone really see their faces or try to understand what was happening.

The next thing I knew, they called in some guy named Mike.  They said he is a “planner.”  I assume they didn’t mean, you know, an event planner or something.  I assume they meant he’s on the team that plans out the radiation path and dosages, although he didn’t say much other than to introduce himself.  Mike the Planner.  Like Joe the Plumber, only not.  I’m pretty sure he refrained from touching my breast, at least. 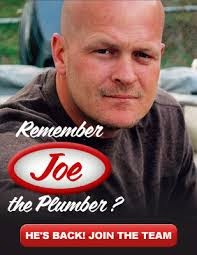 At one point, Sara said something about wondering if they needed to have a new plate cut.  All I could think about was that if they needed to do that, it would postpone my completion even further. I have no idea how long something like that takes – it could just be a matter of hours, for all I know.  But I was so eager to just get this shit done, and I almost started crying at the thought of another delay.

In the end, all four of them agreed that the solution was a simple one: rotate the plate about 45 degrees.  I’m still not sure what really happened between the initial set-up and yesterday’s treatment.  But I had the treatment, my first boost.  It was a bit different from the other treatments I’ve had, in that the machine was stationary:  normally it treats from one angle (with a fairly low beeping sound to indicate that something’s happening), changes the eye a bit and treats again, then rotates around and treats from a second angle.  This time it just stayed in the same place, one long beep, sending all that radiation into the same place from the same angle, in the exact shape of that newly-repositioned plate.

The word “spiral” comes to mind. 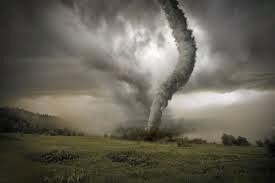 The truth is, I’m so grateful that Sara was careful enough to double-check with the original plan, and that she and Barb saw fit to call in an oncologist and Mike the Planner/Plumber to verify what they were seeing.  I’m so grateful that they are such well-trained professionals that they are doing everything in their power to make sure that I never have to do this again, for any reason.  And I really do trust this team, fully.  But in the moment, when I was already scared and disheartened and feeling fragile, it was all I could do to hold still and let that giant contraption do its work.

But I did.  And everything was fine.  And they took more pictures.  And Barb did a little art project on me. 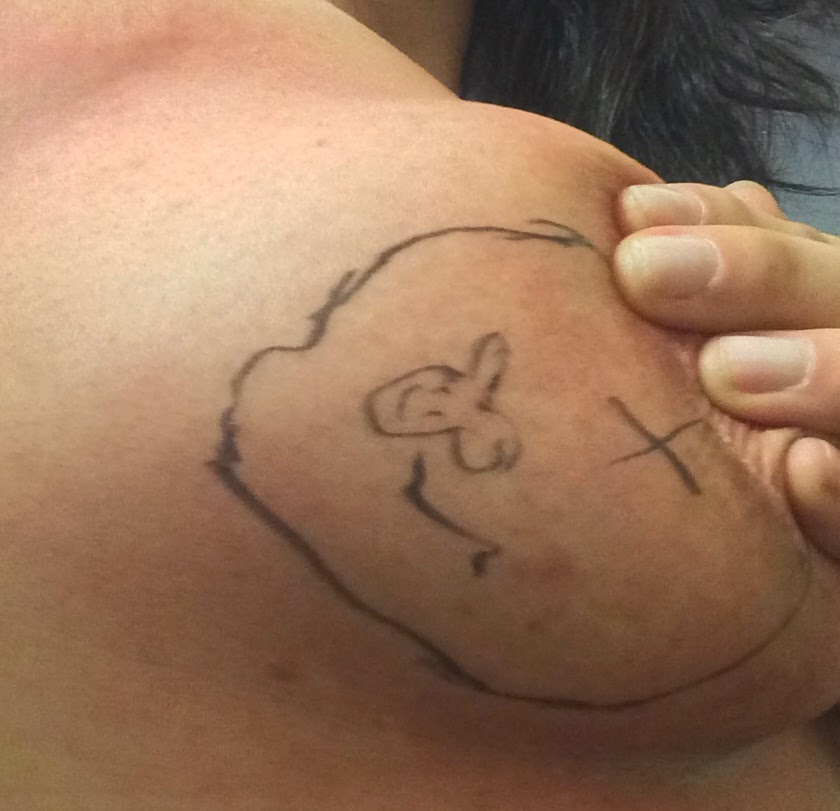 And 26 sessions are done and I can count the remaining sessions with an extra digit left over on one hand.  Almost there…