Today’s treatment was easier than yesterday’s.  Until it wasn’t.

The treatment itself was fine.  Barb and Erica took good care of me, pointed the photon torpedo Star Trek beam at the right place, and zapped me for about 40 seconds or so.  No muss, no fuss.

Then Barb, who is the head radiation therapist, asked if I wanted her to go over everything that happened yesterday in some more detail.  She said she could see the concern in my face yesterday, and wanted to reassure me.  (She also read my blog.)  She offered me a chair in her office and explained everything they were looking at, the various radiation fields and their percentages, the angles in the different photos, and the fact that it looks like my nipple is going to spared much of the boost radiation.  My lung, however, is going to get some, and apparently has been getting some this whole time.  Win some, loose some, I suppose.

She was so sweet, so patient, and offered to answer any questions, at any time.  I felt very respected, and I was reminded that Barb pretty much rules.  She rules in an entirely different way than the way in which Carle rules, but she rules just as much.  Carle rules like the friend who throws you the flamboyant and decadent surprise party for your 30th birthday, filled with cake and decorations and loud music and maybe even some scantily-clad dancers.  Barb rules more like the calm and patient friend who you can call at 3am because you find out your ex got remarried, the one who lets you cry and tells you it’ll all be okay and you believe her.  Both friends are vital, and neither are as good without the other. 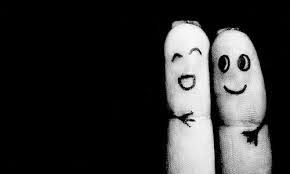 Then I met with Dawn, the oncology social worker.  Dawn really knows her shit about the process of going through treatment and transitioning into what she called “survivorship.”  I hadn’t thought of it that way before… of survivorship being a thing.  It made me think about when I was first told I had cancer, and a few days later, I saw a pink ribbon.  And I realized, unlike the bazillion other times I had seen pink ribbons, that those ribbons actually represented me now.  Me.  I had something so fucked up, there’s a goddamn ribbon for it.  I had the same sensation today, that as of next week, I will be a breast cancer survivor.  Or maybe it’s Breast Cancer Survivor.  Those capital letters seem to mean something.  At least right now.

But what we talked about the most was how I’m feeling, emotionally, as I finish up my treatment.  I only have 3 sessions left, and it feels exciting and scary to know I’m almost done.  And those feelings are predictable and a little bit boring, to be honest. I mean, duh, you know?

What feels overwhelming to me right now isn’t the fear or the excitement.  It’s anger.  It’s more than anger, really, but I don’t know the right word.  Fury comes to mind.

And it’s not the kind of anger that’s part of the stages of grief or something. I mean, I’m over being pissed that this happened to me, and I’m over being pissed at the disease itself.  My gene pool predisposed me to this crap, and despite my best efforts to hold it off, a few bench presses and kale salads are just no match for genetics.  So it’s not that.

What I’m so fucking furious about is the lack of support I have received from my “friends,” and my “community.”  I have written before about the handful of absolutely amazing people who have stood by my side and offered any support they had to give and listened to me cry and complain and brought me lunch when I was too tired to cook (or eat, for that matter) and even offered financial support while I try to maintain my business throughout this mess.  Those people, and God knows I’m so incredibly grateful for them, have been literal lifesavers.

But the other people, the ones who know about it and who haven’t shown up in any way, who haven’t called or written or even sent a text message?  I feel so… well, picture a mushroom cloud.  That’s pretty much how I feel. 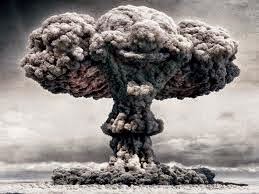 Dawn and I discussed the fact that there are lots of reasons why people don’t show up when the shit hits the fan, and it’s not just fear of their own mortality.  Sometimes it’s just the awkwardness.  Sometimes it’s not wanting to be overbearing.  Some people are so afraid of not saying the “right” thing that they chose to say nothing at all.  I believe all those reasons are true.

And I don’t give a shit about any of it.

Now that I’m almost done with this phase, now that I am about to move toward the next steps of decisions and fears and side-effects and medicines, I feel really prepared to understand the people who have no –showed on me around this.  And I also feel pretty prepared to tell them all to fuck off.
I said as much to Dawn.  She gave me a knowing look, a look that said that she had heard it all before.  It wasn’t a judgmental or shitty look, not a look of disdain or pity, just a look of familiarity.  So I guess I’m not the first person to feel abandoned by this process, and by the people who can’t stand up to it when they don’t actually have to. 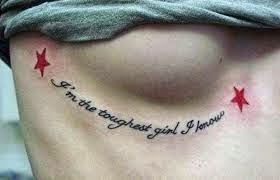 So that’s what I’m doing.  But I’m doing it with the help of far fewer people than I would have assumed.  And that sucks.  It just sucks.  And I don’t know how to forgive those people.  I understand them, but I don’t know how to forgive them.  And I don’t even know if I want to.  It might be a phase that will pass – Dawn’s look suggested as much.  But for now?  No way.

I have 3 treatments left.  Barb will take good care of me tomorrow, I know.  Then Carle will be back Monday and Tuesday.