Friday was my 28th treatment, and it went off without a hitch.  I briefly met with Alice, who did an exam and gave me a good news/bad news sort of report: the good news is that everything looks the way she would expect it to look and there is healthy skin peeking out from under the burned stuff that is peeling off; the bad news is that she isn’t expecting my energy to dramatically increase for much longer than I had thought. I was under the impression that about 2 week after my last treatment, I would be feeling pretty much back to normal.  Instead, Alice thinks that 2 weeks out is when I will be feeling the worst of it!  All the effects, including the fatigue, are cumulative, and there’s a delay on top of that.  So it’s going to take longer than I had thought to get back to the rest of my normal life, to try to create a new normal from what’s left of this, and to stop with the 4-hour daily naps.

But right now I have bigger fish to fry, because I think it’s time to finally address what is, for me, the obvious pink elephant in the middle of this particular room:  sex. 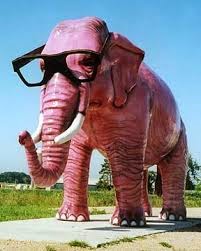 Because the fact is that I haven’t been having any of it.  At all.  For about a month now.  And it’s not because Kara hasn’t made her interest clear.  It’s all on me.  I have been having a really hard time in my radiated body, to the point that I swear to god the people at Fred Meyer look at me knowingly, like they can see my disease right through my clothes, like they have defect-specific x-ray vision or something.   I feel like I look toxic, like my skin must feel toxic to the touch, like I maybe even smell toxic.  They radiate me behind a door that would make the vaults at Fort Knox look like child’s play, so I must take it with me, out into the rest of the world, and it must be recognizable with every possible sense… right?

I dunno.  I mean, the intellectual part of me doubts my own spin.  But I haven’t been able to shake the feeling, even a bit.  The first couple of weeks, I was still in the “what if” phase, and I was still future tripping about how  my skin and general body was going to react.  But then the future part came, and I could see my body reacting, and there no more wondering left to do. I could just look in the mirror, and there were no more guessing games: my skin turned bright pink, some of it turned black, it peeled off, the new skin on my areola looks plastic (I swear, burn victim skin is recognizable a mile away), everything is swollen and sensitive to the touch (or a light wind), and I have rarely felt less desirable in my entire life.

I want, so much, to pretend that last part isn’t true. I want to instead feel like the biggest badass I know for going through what I’m going through, and I want to think that makes me look hot.  But I’m not a badass, at least not for this.  I just got cancer, and then chose to treat it.  Nothing heroic about it -- just a simple and self-serving choice after my breast was in the wrong place at the wrong time.  So I can’t rest on the “yeah, one of my boobs looks like it was transplanted on to my chest from someone’s else body, but it’s because I’m so fucking TOUGH!” line.  Doesn’t work.  Plus, it’s hard to feel or look badass when all you want to do is nap.

And I want to pretend that I’m not so sensitive to cultural perceptions of femininity or beauty or desirability.  Because I identify as a feminist before I identify as anything else, because I’m a high femme, because I’m a dyke… I dunno.  Like my politics or identity markers are supposed to shield me somehow from giving a shit about the fact that one of my most visible gender markers is totally jacked up.  Like I’m supposed to be above it, somehow.

Well, I’m here to say that I am officially not above it.  Not even a little bit.

The fact is that I’m a healthy woman with a healthy sex drive and I’m lucky to have a wonderful sexual relationship with someone I love deeply.  And I have missed it.  I have missed the closeness and the tenderness, and I missed feeling wanted and feeling, dare I say it, beautiful.  Having sex with Kara makes me feel those things.  But I had been denying myself – and her! – of all it because:


I know that last one doesn’t make a lot of sense.  I mean, despite that whole “the leg bone’s connected to the knee bone” thing, there isn’t actually any direct connection between my breast tissue and my vagina.  But these are the physiological things that make me female, and in my case, that coincide with me being 100% woman.  So to my way of understanding myself, they actually are connected.
And for the last month, I suppose I was just more comfortable sitting in the fear that I could no longer have a fulfilling sex life than I would have been trying it and maybe confirming my fears.

But there’s a reason that so many people who are afraid of heights end up going bungee jumping.  That whole thing about confronting one’s fears is powerful and true. 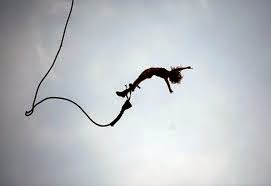 I’m so relieved and thrilled to report that I was wrong.  Kara and I had sex today, despite my fears, and I felt everything I wanted to feel and nothing I didn’t.  Nothing hurt, I was able to be present in the moment, and Kara treated my body exactly the way she always has; it was obvious that she didn’t see me as any less desirable or attractive than she ever has.  It felt like such an enormous watershed moment for me, realizing that I still get to find pleasure in my body despite the fact that it grew cancer cells without my permissions, learning that the people who truly loved me before I got cancer are going to love me still, and believing that some people -- the top shelf people who can look beyond weird-ass burn lines and rubber chicken skin -- might even still think I’m beautiful.

I only have two sessions left.  I got this.