Friday’s treatment was, generously speaking, not the best.

Actually, it wasn’t the treatment itself that was horrible. It was the day that preceded it. I had two prior medical appointments that day, and one of them did not go the way I wanted it to go.  I am now looking at yet more invasive testing procedures for a whole separate problem (because an auto-immune disease, a genetic mutation, a bone being popped out of place, and breast cancer is not enough right now, apparently), and I just kinda lost my shit.  There’s only so much one person can be expected to bear all at once, only so much weight one can shoulder. I think I actually hit my quota even before my cancer diagnosis.  So by the time my GP nurse practitioner told me to start mentally preparing myself for a gynecological ultrasound, I just pretty much lost my shit. 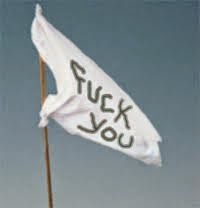 And I felt like giving up.  I was so overwhelmed, so sad, so fucking pissed.  I was driving like a woman with terminal road rage, cursing out people for walking too slowly in crosswalks, for taking too long to decide where to park, for not, ostensibly, anticipating my needs.  It was ridiculous, but it was so real at the time.  I just wanted to screw it all.  I started thinking about the upside of willful ignorance.  As a reformed academic, this is big deal stuff. I mean, I spent about 100 years in grad school, and there was never one moment when I ever thought I’d be better off just shutting my eyes to the world.  But Friday afternoon, heading in to the cancer center, I was just done.  Just fucking done.  I wanted to be one of those people who never goes to see a doctor, who never asks the questions, who just lives until they die, never knowing the difference and never caring.  I wanted to be dumb, basically.

And then this happened: 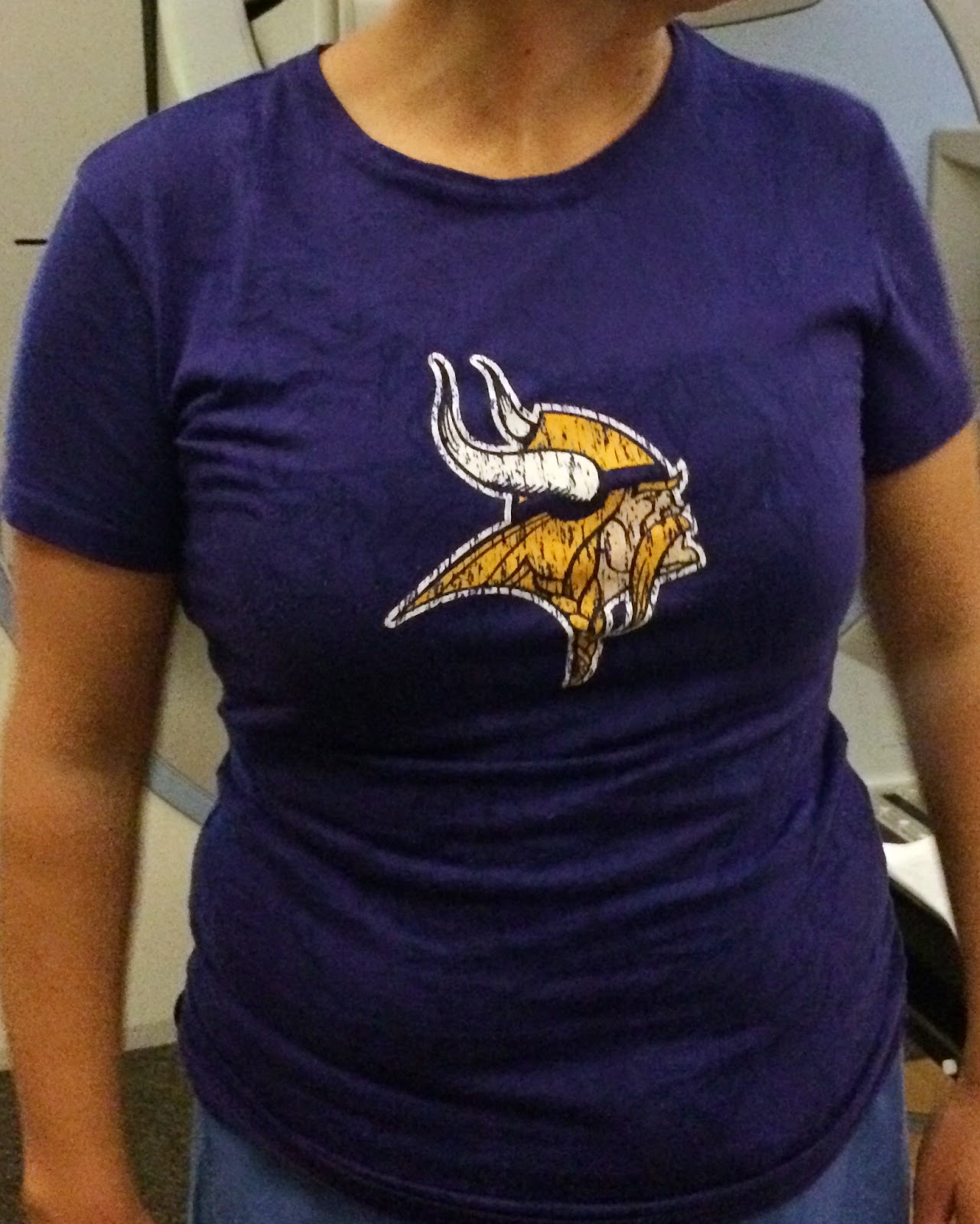 Oh, Carle.  Oh, my dear, dear Carle.  You have no idea the war you have just started.

To be honest, I felt a bit bad about it.  I mean, on any other day, I would have cracked up, given her a month’s ration of smack talk, and loved every minute of it.  As a bold and emboldened Green Bay Packer’s fan, I would have proudly asked her how many of my team’s sloppy seconds her team was planning to sign in order to win division games.  I would have declared the friendliest of wars, and come hell or high water, I would have won.

But on Friday, it was all I could to keep my frustrations to myself and try to force a smile.  Carle knew, of course.  She was probably disappointed that she didn’t get a better reaction from me, understandably.  But  she was wonderful and supportive, and didn’t even make fun of me when I lied on that radiation table and just silently cried, tears running sideways down my face and in to my ears…which feels really weird, by the way.  She let me take the previous picture of her shirt (“You’re just gonna see my cans,” she complained, until I reminded her that she sees my cans every day), and then…she did it.  She managed to come up with a ballad that made me cringe outwardly and cry inward:  Dionne Warwick’s “That’s What Friends Are For.”  For the love all things good and decent, really?!?  Oh, Carle.

It was a hard day all around.  I left after treatment was over, trying but failing to make my normal fun conversation with the radiation team.  I was dejected and frustrated and overwhelmed and pissed and angry and sad and just entirely, 100% done.  I still feel that way.  Or I want to, I suppose.  But I’ll be back there Monday, because what choice do I have?  I’ll be back there with the knowledge that after completing 1/3 of my treatment, there’s cause to celebrate.  I’ll be back with a renewed faith in my decisions and my treatment team.  I’ll be back with a goddamn Green Bay Packers t-shirt!