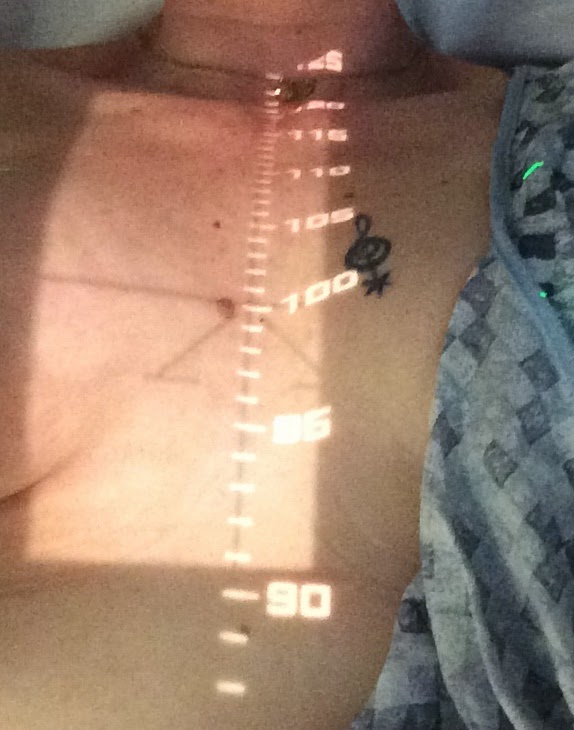 And the reason I know this is because Carle, clearly the weirdest and most awesome radiation tech I could have ever hoped for, announced it today to Sarah, the other tech in the room.  But she didn’t say it was shy.  She said it was “Shy Ronnie.”  They both clearly knew what they were talking about.  I clearly knew nothing.

Now, I don’t own a TV set, and am admittedly a bit behind the curve when it comes to the stuff The Kids are into these days.  So I politely asked her what in the hell she was talking about.  She explained that Shy Ronnie is a character on SNL these days, and that there was this hilarious skit with Rihanna, etc.  So whenever she has the opportunity, she says it’s Shy Ronnie.  Her boss pointed out that there are official medical records to consider, and she shrugged and said, “yeah, I know.”  I love this crazy B.

On days like today, sessions 7 of 30, radiation feels more like a social event than it does a very serious medical treatment, one with potentially grave long-term consequences.  And I’m so fucking grateful.
Posted by Lily-Rygh Glen at 8:55 PM