March 2, 2011 was the very worst day of my life.  That morning, at 4.03am, my momma died in my arms.  She was a snarky, hilarious, affectionate, outrageous lady who cursed like a sailor, loved Jeopardy! to an absurd degree, knew the entire 53-man roster of the Green Bay Packers (plus most of the coaching staff), always crossed her legs when sitting, and who single-handedly taught me that absolute, unconditional “you can’t possibly fuck up enough that I won’t still think the stars shine out of your eyes” love exists in the world.  She was my hero and my champion and my best friend, and her death positively darkened the sky. 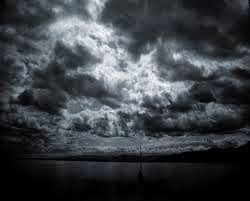 She had been diagnosed with stage 4 lung cancer 14 months before she died.  Her approach to dying was one of quick-fire humor; for all her love for me, my sister, and her grandson, my momma was ready to go.  My attitude, on the other hand, was one of pending doom.  If I had been told that North Korea had just launched a nuclear strike against the US and the bombs would start hitting within the hour, I wouldn’t have been anywhere near as distraught as knowing I was going to lose my lifelong partner in crime.

Her death was the biggest body blow of my life.  I felt the wind get knocked out of me when my hand was no longer rising and falling on her chest.  I felt my ears ring from my own screams.  It was the ultimate “nothing will ever be the same” moment.

So of course I knew I would have to rely heavily on my friends.  I hadn’t been shy about telling people that my momma was ill, that she was dying.  I needed and received a good deal of support as I started my grieving process even as she was still alive.  My fear was insurmountable, and I needed strong arms to help me stand through it.  I trusted and assumed that all of my friends, close or distant, would rally around me, come out of the woodwork, and really show up, in simple and profound ways, when I needed the friendship and support more than I ever had in my entire life.

Holy shit, was I wrong about that!

Turns out people don’t like grief.  Go figure.  But it also turns out that lots of people are so uncomfortable around the process of grief that they run to the farthest, darkest corners of the earth to avoid it.  What that meant for me is that many people who I considered among my closest friends just simply disappeared when my momma died.

I began to realize that people are afraid to be around those who are grieving, because it reminds them of their own fears of losing the people they love.  And I understood that.  But I also didn’t care.  I needed support from the people who understood what my momma meant to me, and so many of those people bailed because it was hard for them.  I didn’t care that it was hard for them, because I guarantee it was harder for me. 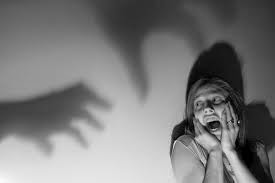 I saw it as a real eye-opening experience.  And I started culling my list of “friends” with a hatchet.  It was both simple and methodical: I literally made a list of people I considered my friends and crossed out the ones who disappeared when my momma died.  I never spoke to those people again, other than to tell them why.  I made it clear that they had abandoned me when I needed them because they were selfish cowards. I didn’t care that it sounded melodramatic, because it was also true. I simply wrote them out of my life. 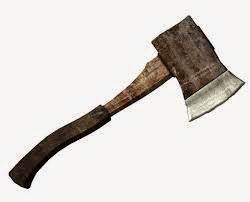 I realize this all sounds like irrelevant history.  But the thing is, it’s happening again.

When I first came out as having been diagnosed with DCIS, I got a flood of “I’m here for you, and if you need anything, let me know” texts and email and phone calls.  And then, virtually overnight, the flood turned into a trickle.  A few amazing people I am super blessed to have in my world have really stepped up to the plate, offering specific help, checking in on me regularly, asking how I’m feeling and if I need a Fred Meyer run, sending cards in the mail, etc.  It’s made me feel loved and supported, but most of all, not forgotten; 6 weeks is a long time to stay on anyone’s daily radar, and I know it’s the exceptional people who realize this is an on-going process for me and that it changes every day.  Those people, the ones who remember and act, are a gift.

But just like when my momma died, a few of the people I would have expected to be front and center have basically pulled Houdini acts on me.

I could go in to the details, the hollow gestures, the offers that aren’t followed up on, the big and pretty words that are just that… but the point is, I think I may need to get my hatchet back out.  Because while breast cancer is nowhere near as devastating as losing my momma was, the stage is set in the exact same way: I’m in emotional need, people are afraid of what that need could one day look like for them, so they are hiding from it.

At the risk of sounding simplistic or crude, fuck that.  And fuck them. 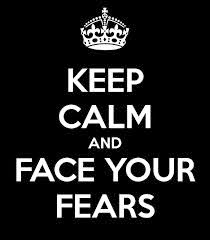 The thing is, some people manage to show up.  And I don’t know what I would do without those people, their ability to set aside their own fears in order to be a good friend and offer what I so desperately need.  As for the people who don’t… it’s not like I will never speak with them again. It’s not like I am (necessarily) going to write them out of my life.  But they have shown themselves for who they really are.  And I see it.  I’ve had practice at this stuff now, and I don’t need any more fair weather friends.  Because I’m in the middle of a shit storm, and I’m reaching for life ropes every day.  I am learning who I can actually count on, and who I can’t.  It’s always a terribly sad process.  But it’s an important and honest one. 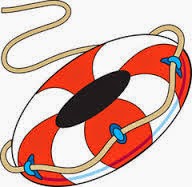