I may have underestimated Carle.  This is not like me, and I’m a bit afraid.

Today I showed up in a Green Bay Packers t-shirt, over my hospital gown.  My girlfriend was there with me, and she was also sportin’ some green and gold.  I thought we were going to overtake Carle with our Packers Pride, but there she was, all defiant and equally proud, ready to tell me there was not one, not two, but four radiation therapists working there who are Vikings fans!  How does something like this even happen? I was disheartened, to say the least, and immediately decided I need to up my game: I’m gonna have to wear my cheesehead.

I also underestimated her ability to wow me with absolutely horrid music.  Today she played “Almost Paradise.”  And when I say that she played it, what I actually mean is that she assaulted me with it.  She cranked up the volume, left the room, and abandoned me to shriek out in pain as Mike Reno tried to woo Ann Wilson (Oh, Ann – how could you?!?) to visions of a dancing Kevin Bacon.  My girlfriend thought it was oh, so hilarious (she wasn’t being subjected to it at the decibels I was, mind you), and Carle looked like the cat who just swallowed the canary when she pranced in to announce that it was a “good treatment today!”  It could easily have been complete torture.

But I was saved by the unlikeliest of knights in shining armor.  Today I had my treatment in a different radiation room, one I had never seen before.  Like my normal room, this one also has a huge mountainous wilderness photo inlayed in the ceiling, which was both reassuring in its consistency and a nice visual change of pace.  But if you look closely at the picture, you will also see the most critical difference between the two rooms:  the floating head of Denzel Washington!  What a lovely focal point Mr. Smile provided, and I have to admit that I really did stare at him the whole time.  Granted, I was also trying to desperately mute the Footloose soundtrack in my head.  But still. 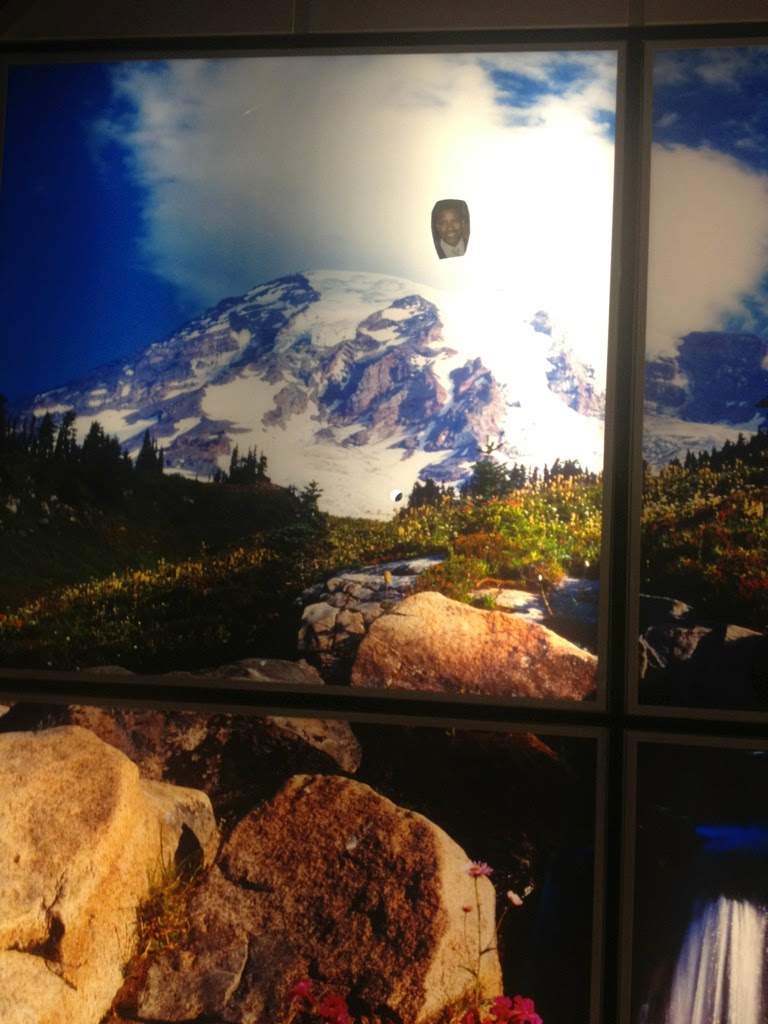 And it got me to thinking about how many people have done so much to try to personalize their experiences with cancer, treatment, and recovery.  Every day I see half-completed puzzles in the waiting room, where people have obviously decided to make themselves at home while they wait for their turn on a radiation table.  There are always coffee cups and magazines laying open, and sometimes people even leave notes for one another on the white board.  There’s a basket of hats, for people who have lost their hair to chemo, and it’s amazing how different they all are, a real effort to let people still express themselves, to still be who they are, even while dealing with all the heartache of this treatment.  And somebody, maybe last week or last year, decided that taping a picture of Denzel Washington to the ceiling was going to help her or him get through the experience just a little bit more completely, with a bit more humor or sanity intact, with a bit more grace.

So I’m going to do the same.  Tomorrow, I’m bringing in a picture of my TV boyfriend, my own tall, dark, and handsome, Vincent D’Onfrio.  I’m going to ask Carle to tape his picture to the ceiling in my regular radiation room, as my own reminder that while this experience is happening to me, and while I have no ability to control the radiation itself, I do have some ability to control the experience of it.  I can look at Vincent’s brooding-yet-sensitive face, day dream about Law & Order: Criminal Intent and The Whole Wide World and even the horrible The Velocity of Gary and remind myself that I’m still me, even when foreign stuff is happening and foreign feelings are threatening to take over my foreign-feeling body.  That I still love what I love (Vincent) and hate what I hate (“Almost Paradise”) and there’s nothing these machines or this disease can ever do to change that.  Not even Carle can do that. 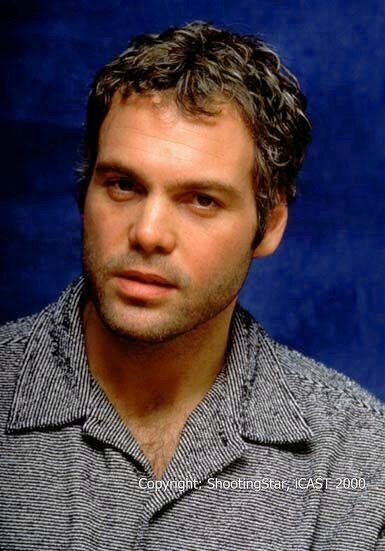