The “Words of Inspiration” white board in the radiation waiting room has been a bit sparse lately.  But then this appeared: 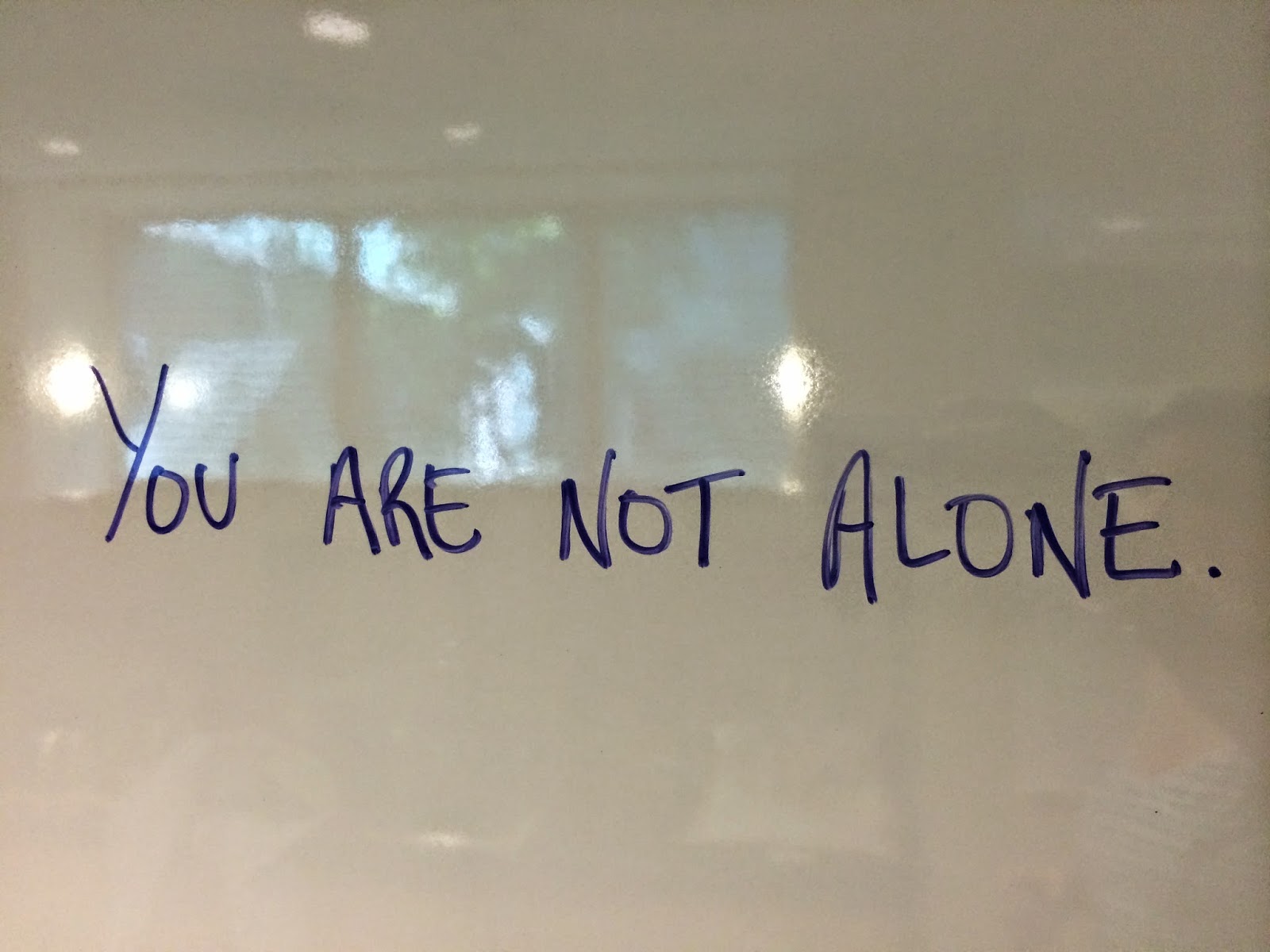 Of course, I immediately thought of that terrifying and bizarre Michael Jackson video, in which he and Lisa Marie Presley canoodle around naked and try to pretend they have ever had sex.  It’s weird and disturbing and unsettling in the extreme.

Which is, not coincidentally, how I felt reading that message on the whiteboard.  Because as much as I might like to pretend it is somehow otherwise, and as much as my support people tell me, the fact is that when it comes to treating and fighting my cancer, I actually am alone.  I mean, it can’t be any other way: I’m the only person who lives in my body, so of course I’m alone in it.  Of course.  When I lie on that treatment bed every day and Carle leaves the room to start the radiation, she closes a door behind her.  And I’m talking a DOOR.  That thing has got to be at least 6 inches thick, and it ain’t plywood.  It’s huge and metal and there’s a radioactive sign on it, warning everybody else to stay out.  Of course I’m alone. 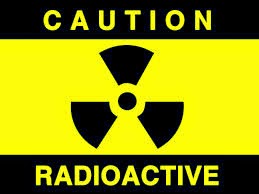 And that’s okay.  In fact, I suspect it’s the only way anybody ever gets through any sort of physical or mental trauma: by harnessing all the inner strength we have and trusting that it’s going to see us through it.  We can rely on other people to a certain extent, of course, and we should.  But at the end of the day, it’s the inner will that separates people who make it to the other side from the people who don’t.

I’ve been thinking about it more and more lately, as the end of my radiation creeps up.   I feel all of the expected stuff: relief, pending freedom, a bit of trepidation over what comes next in my overall cancer treatment, etc.  But I also feel something a bit unexpected: fear.  Not of re-occurrences (although I do, of course, fear that), but of the space that’s going to be left in my life.  I have spent the past 4 months focusing on nothing but my cancer.  I have read studies on-line, talked to survivors, read books, made notebooks of questions, shopped for the right treatment team, told friends, cried, prayed to my momma to help me make the right choices, bought burn creams and canned pumpkin, answered more inappropriately personal questions than one should ever be expected to reasonably answer, and displayed my rack to approximately half of Multnomah county.  I have been fully consumed with my cancer, because I haven’t really had a choice.

And now that the day-to-day focus is about to shift, I am a bit nervous about what is left.  I had this feeling once before, when I started treatment for an eating disorder.  I had been actively bulimic for 19 years at that point, and my then-therapist finally told me that if I purged even one more time, she was going to consider it a suicide attempt and would treat it as such, including petitioning to have me committed if necessary.  Needless to say, I got my ass into a treatment center, STAT.    I wanted, more than anything, to end this horrifying behavior, and to be healthy and sane.  I didn’t want to be bulimic anymore.  But it was who I was at that point.  I had started when I was 11 and I got treatment at 30; that disease had defined me almost my entire life.  So as much as I wanted it gone from my life, I had no idea who I would be without it. I had no idea who I was, as a person, without an eating disorder to identify with and cling to when the shit hit the fan.  There was a fairly dramatic game of mental tug-of-war going on there. 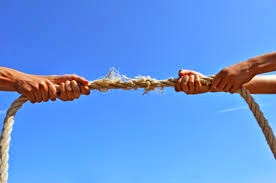 This situation now is obviously different in several pretty key ways. I know that.  But the feeling is the same: what’s left?  What do I do now?  Do I just go back to my previous plans to expand my business, trusting that I have a future that is secure enough to plan for, and dive in head first?  Will I become one of those people who is always waiting for the other shoe to drop, because is legitimately could, and will I let that prevent me from fully living?  What am I going to do with all of the time I will have once I no longer need to take 3-hour naps twice a day and sleep 10 hours every night?  And what’s going to happen when I’m still dealing with all the emotional fall-out of my radiation treatment and everybody else thinks it’s “done?”

I’m sure all these questions will answer themselves once the time comes.  But for now, that fear of emptiness is very real.  Very stupid, perhaps, but very real nonetheless.  I mean, it’s not like I want to continue radiation treatment, for fuck’s sake.  I’m so ready to be done.  But as long as I’m behind that door, I’m not the one making the call.  I’m just doing what my oncologist tells me to do, and in some ways, I’m not longer responsible for those choices: once I decided to have radiation, I put the responsibility to keep me safe in Alice’s hands.

I’m just afraid my hands aren’t ready to have it back.