Carle threatened me today.  I think she’s feeling a bit on-the-spot because Kevin gave me not one, but two pieces of candy, and she suddenly realized just how precarious her spot as my favorite radiation therapist actually is.  So she threatened me with power ballads.

Carle is, of course, responsible for the previously discussed Air Supply happenings.  We agree that Air Supply was actually a totally righteous and awesome group, in a completely non-ironic way.  We also agree that Celine Dion is a tool of the devil and should never be used as a weapon against others; we decided that Dion is a now a verb, as in, “she Dioned me with that horrible music until my ears bled.”  She promised never to Dion me, nor would she (Mariah) Carey me, which seems only right among civilized people.

But she assured me she was going to brush the cobwebs off of her music collection and come up with a ballad that would scare, torture, or shock me in some way.  But here’s what Carle, who must be all of maybe 28, doesn’t seem to understand: I was a teenager in the 80’s!  I fear no ballad.  I have sang big-hair power ballads at the top of my lungs, with the windows rolled down of a pickup truck, driving 90mph on unpaved country roads at 3am with half the membership of FFA.  I have belted out Belinda Carlisle and Motley Crue and Tiffany and Styx and Duran Duran and Bonnie Tyler and Journey and Richard Marx… So to Carle, you naïve young’n, I simply say this: Bring It! 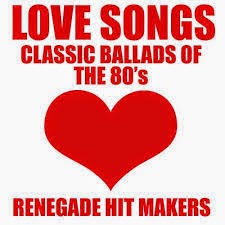 Especially because I have been wearing my special Power Necklace™ to every radiation session I’ve had so far.  The Power Necklace™ is probably the very most special physical possession I have, the thing I would save first in the event of a fire, and I really do feel like it protects me from evil and fear and drama and Meatloaf ballads.  It’s like Wonder Woman’s cuffs, only more personal. 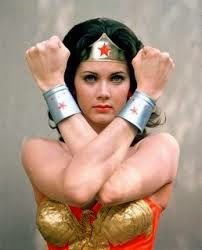 My momma gave me the Power Necklace™ when I was 15 years old.  She had been out browsing at a Ben Franklin and happened to see this cheap gold necklace.  It’s a hollow heart, a bit squished…like someone laid it on its side and stepped on it.  A smaller heart, taken from the middle, dangles down from its own chain.  I remember her coming in the front door, all excited and eager and smiling ear to ear, and saying she got me a little something.  She explained that she just had to get it for me, because it reminded her of us:  “Because you are the center of my heart, and you’re never far away from me.”  She said it like it was just a polite observation, something vaguely sweet and relatively routine.  She said it as if it wasn’t something I would remember and cherish for the rest of my life.  She was right about so many things, my momma, but holy shit, did she drop the ball on that one. 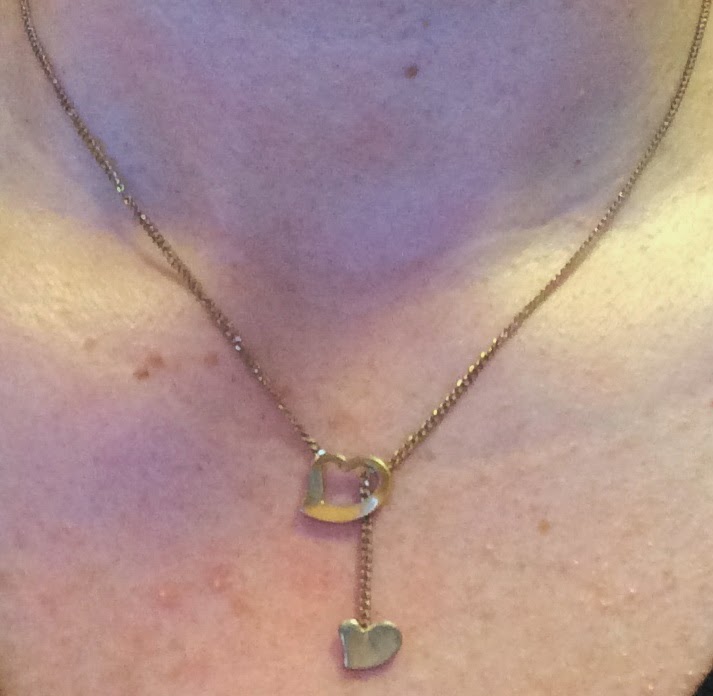 So I run to this piece of jewelry whenever something scary or challenging comes up: a job interview, a hard decision to make, a big financial commitment, a difficult conversation…or the strategic burning of my body.  All the stuff I would usually talk with her about.  I wear this necklace to treatment every day to remind myself that while I lie there on that table, for all intents and purposes fully alone, I’m not, actually, alone.  Because my momma gave me all the strength she had, all the wisdom, all the insight, and all the balls.  Because I am still the center of her heart, and we are never far from one another.  Because if she still had a body and a voice, she would hold my hand, look me in the eye, and tell me to suck up whatever musical horror Carle comes up with and get this shit done already.