Yesterday I just about broke in two.

I was in the parking ramp outside the cancer center, making my way in for radiation.  I glanced up at the upper floors, where the patient rooms are, and stopped dead in my tracks.  There was a man sitting in the window, in one of those wheelchairs that has a really high headrest and puffy arms – he obviously spends a lot of time in that chair.  He had a blanket draped over his knees and he was looking out at the sidewalk.  He was frail and old and his eyes were heavy and unblinking.  I watched him watching other people, his head never moving but his eyes tracking everything.  I may have been projecting, but I swear I could see so much in this elderly man’s face.  I could see the sadness and the resignation and the yearning to be young and mobile and free again, free of the constraints of his body.  He had been free in his youth, when he undoubtedly ran through streets or athletic fields or even battle grounds, and he would be free again the moment he died, but for now, this was a trapped man.  This was a man with stories, with regrets, with interpersonal road maps, and with decades of experiences.  And he would have traded it all to be one of the nurses jetting across the street in practical shoes and a set of earbuds, whose only immediately concern was being on time for work.

I probably would have stared at him for hours if a car hadn’t whipped around the corner of the ramp with a Tony Stewart vengeance, scaring the crap out of me and reminding me that I was actually there for a reason, not just to stand in the middle of the road and silently fall in love with this man in the window.  I walked across the skyway and into the building, still watching him, rubbernecking until he was out of my view.  I wanted to find him, to find his room, to sit next to him, to silently hold his liver spotted hands and just breathe with him. I went to treatment instead. 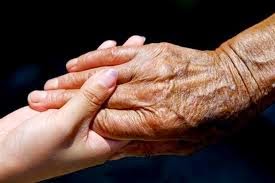 So it seems a bit stupid to talk about the fact that I wore my Green Bay Packers cheese wedge earrings to treatment, to taunt Carle just a little bit.  I think it worked, especially as I flipped my hair back and tilted my head to the side and waited for her to notice.  She cracked up, commented on how squishy they were, and we went to work.

“Work,” however, had to wait for one last adjustment.  Not only was it another X-Ray day (these happen once a week), but it was time for me to add a little personal oasis to the treatment room…in the form of Vincent D’Onofrio.  As promised, I brought an 8x10 color photo of my TV boyfriend with me, and Carle and Sarah immediately made the magic happen.  Carle stood on the treatment table while Sarah raised it and manipulated the machinery out of the way.  They both made a point of telling me that Carle is afraid of heights, but she got up on that table just the same.  When it was done, I had the most amazing view. 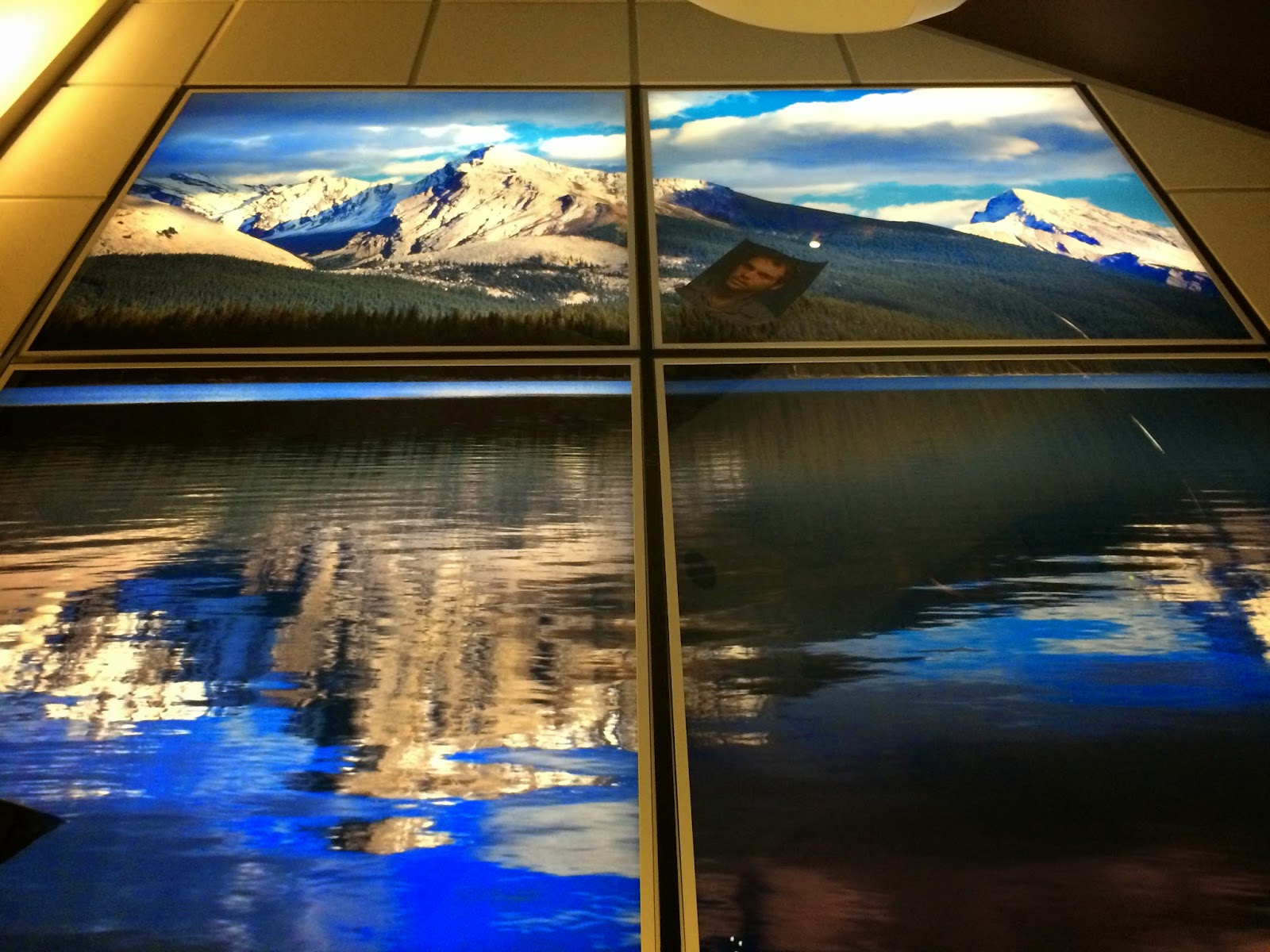 I’m not sure if Carle was trying to taunt me again today with her musical choice, but if she was, it backfired in a hard way.  She played “Islands in the Stream,” probably not knowing that I positively adore Dolly Parton.

So I happily hummed along, looking at Vinny on the ceiling, getting lost in his features…and suddenly I was staring at the man in the window again.

There must have been a time in his life when he looked more like Vinny than he did a scarecrow.  He might never have been 6’3” with a full head of thick Italian hair and shoulders like the broad side of a barn.  But he didn’t always look scared and frail and fundamentally alone.  He must surely have been vibrant and engaged and someone’s idea of handsome.  I tell everyone that Vincent is only my TV boyfriend if you go back a good 10 years – he has not aged well.  Because I’m fickle and superficial, just like everyone else.  Because I love attractive people in their prime, and I love old people in wheelchairs, but I’m terrified of what happens in between.  I’m horrified by the process that steals the faith from people’s eyes.  I’m furious with the diseases that make strong and capable people suddenly weak and child-like.  And I’m paralyzed with the fear that I’m one of those people, in that stage of my life.  I’m positively shit-scared that I am losing a part of myself to this cancer, to this treatment, and that I will never get it back.  I don’t know how it could be any other way, how the light in my eyes couldn’t dim just a tiny bit.  Because that’s how it happens – one tiny step at a time.

Right after my treatment I met with Dawn, the radiation oncology social worker, and she kept telling me what a great job I’m doing, that I’m asking for help from the people who have proven they are willing to be present and to give it, that I’m showing up and keeping my humor intact, that I’m practicing good self-care.  She mentioned that thing about how the Chinese word for crisis is a combination of danger and opportunity.  That’s not exactly right – if Wikipedia can be trusted on this point, the western interpretation is a bit too simplistic – but I understood and took her point.  I get it: the best people will find possibilities in the most challenging of circumstances.  I get it.  But that man in the window, helpless in his wheelchair, dependent on the people around him for the most basic of care… where is his opportunity in this crisis? 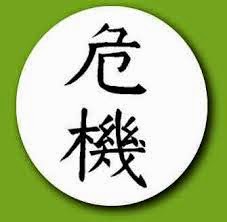