Carle has been playing Jens Lekman for me the past few days, because he’s her secret boyfriend.  And when I say “secret,” I mean that everybody knows about it except Jens himself.  He’s one of Our People,  Scandinavian, and a fairly equal cross between Abba, Belle and Sebastian, and Neil Diamond. I’m pretty sure I love him.  He’s dreamy-voiced and sweet and non-threatening, and perfect to listen to during treatment.

I’m also sure I love Carle’s canned pumpkin home remedy.  I have been applying it every day and it’s making an enormous difference.  (Allow me to clarify:  I’ve been using canned pumpkin, but not pumpkin pie filling. I have idea what the additional spices and sugar added to the pie filling would do to burned skin, so if you’re thinking of trying this yourself, be sure to read the label carefully.)  While it feels (and looks!) really awkward and surreal in the moment, the before and after photos I’ve been taking are really dramatic and impressive.  It doesn’t seem like the relief lasts more than about a day so far, but I intend to keep using it every day, especially over the weekends, to see if it can help me get through my last two weeks without some of the peeling and blistering that has been known to happen to radiation patients. 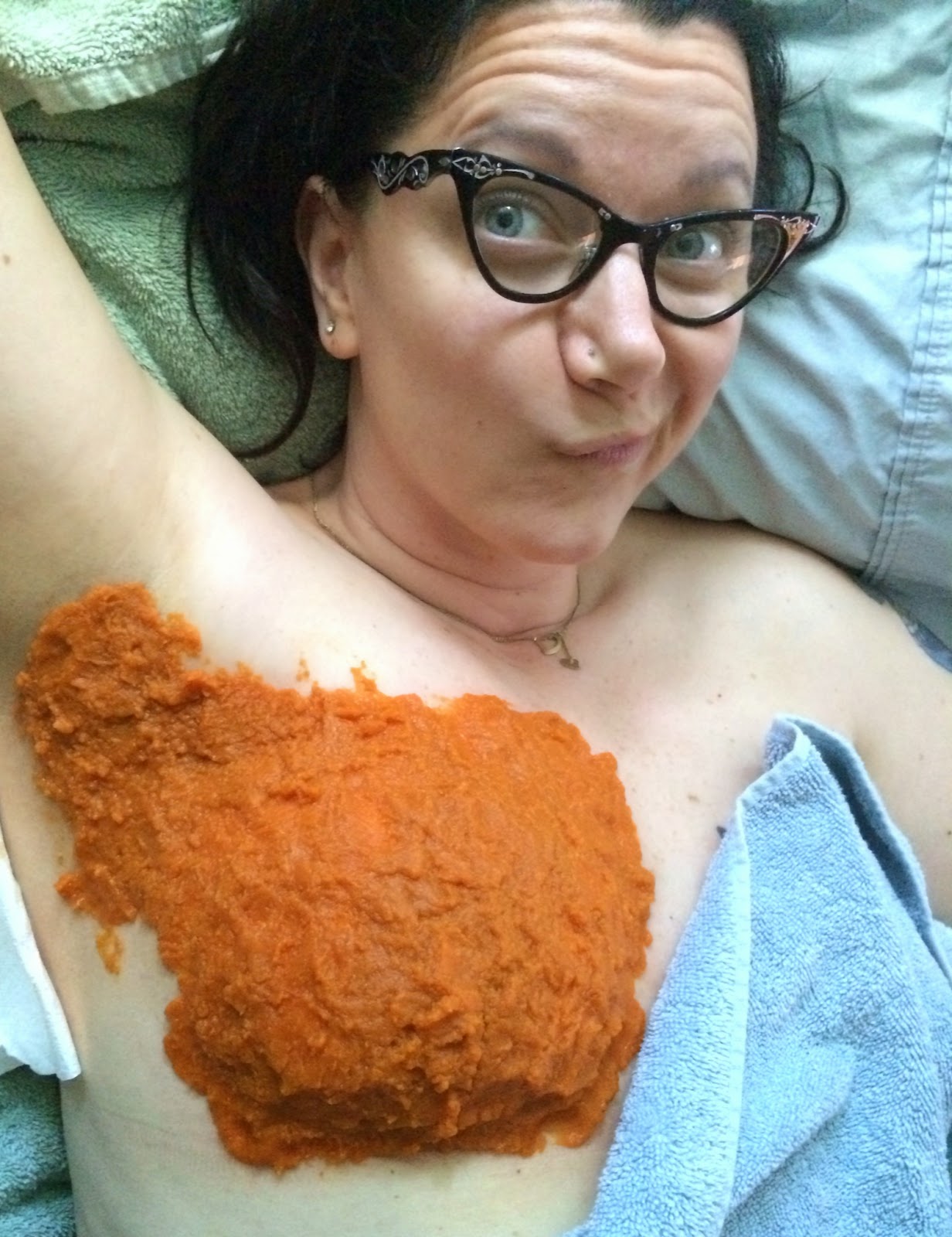 I’ve also started using silvadene, a prescription burn cream, particularly on my nipple. I reached a point of being absolutely certain that I could have turned my nipple into some sort of weapon with which to shank people in the proverbial laundry room, and it felt precariously close to spontaneously detaching itself from my body.  I have no desire to be a martyr about this, so I filled the scrip and started applying it right away.  So far, this is the regimen that is working:  pumpkin on my entire breast once a day for 45 minutes – 1 hour; silvadene on my nipple and areola; aloe throughout the day, as often as I think of it; and calendula cream on my armpit.  That last one sounds a bit weird, I know.  But breast tissue goes way up in to the pits, so that area is fair game for radiation.  Since it is not only being burned but also constantly rubbing against itself, it actually hurts more than anything else does right now.  Add to that the fact that it irritates the skin too much to shave anymore, and I’m doubling-down and pulling in the big guns.

On a sad note, Carle had to take down my Vincent photo.  It wasn’t really Vince who was the problem but me: my name is distinctive, my picture was there… damn HIPPA regulations!  I was actually recognized in the waiting room by another radiation patient. I thought it was glorious, but still.  Now I will just have to daydream Vince’s dreamy face while listening to the dreamy-voiced Jens Lekman. That’s all the nuts and bolts stuff.

The more complicated stuff is the new sense of fear with which I’m grappling.  I’m 2/3 done with my treatment, which is, of course, a cause for celebration.  But it also means that in just over 2 weeks, most of my friends will assume, not without reason, that it’s “over.”

But Dawn, oncology social worker extraordinaire, made a point of telling me that for some women, the end of treatment is really just the start of the emotional process of really grappling with what has happened.  When the day-to-day reality of just getting through is finally finished, that’s when people can collapse from the deferred emotional and mental weight of what they have been subjected to, and everything it means.

I’m not trying to future trip.  I’m not looking for problems here.  But I think it’s important to prepare myself as much as possible, to start thinking about how I can get the support I need around that milestone.  Because the fact of the matter is that the end of this radiation treatment isn’t the end of anything except this radiation treatment.  It’s not the end of the fatigue or the discolored skin or the darkened freckles or the physical tenderness; that will take two weeks to two years to fully go back to normal.  But more importantly, it’s not the end of the fear, of re-occurrences or other cancers, or of cancers caused by the radiation itself.  I don’t know what those long-term fears will feel like, how to navigate them on a daily basis, how to incorporate them into my “normal” world.  I don’t yet know how to plan for a future that feels remarkably uncertain.  I don’t yet know how to trust that I have a future beyond the cancer center and my oncologists’ offices.  I don’t know any of this yet, and I’m afraid that on 08 September, my last day of treatment, I’ll be alone with it all.  It feels heavy and uphill already. 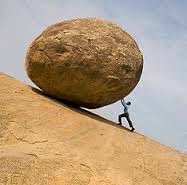